What is it About Bakers?

What is it about bakers? Do they unknowingly smell like baked goods like a secret pheromone effect? When learning someone is a professional baker, do you suddenly feel happy and hungry? I know I do. It seems like some sort of magic that basic ingredients like flour, water, yeast, and salt can inspire such a diversity of baked goods. They are very passionate about what they do. Many are bakers by birth. They have flour running in their blood! Without bakers shaping civilization, we may still be eating whole grain gruel fried on rocks.

How did this profession evolve?

We know our relationship with food changed with the discovery of fire. It was a short time in the scope of human evolution before cooking with fire was transformed into baking in ovens. The Romans were the first to formalize baking into a profession. Organizations were created to ensure bread quality and innovation in early Rome. When baking for an emperor you better have your quality system in place!

By the Middle Ages bread fell out of favor. Much like today’s craze of low carb diets and gluten inducing health concerns, people of the middle ages gave up bread due to crop failure, disease, and nomadic barbarians.

Bread stated making a comeback by the end of the Middle Ages and bakers guilds formed in France (1200 AD). The guild was called Tameliers, which translated to flour sifters, had a four year apprenticeship. Bakers had become recognized for the skill involved in baking as a profession. Being a member of a guild provided many benefits. A baker who supplied bread to a hospital could exchange bread for medical care. By the end of the Middle Ages, production of bread followed laws written by the guilds and royalty. Bakers guilds were highly regarded and bakers were seen as skilled artisans.

Bakers had become a necessary part of their communities.

Providing nutritious well-crafted baked goods to neighbors and a source of income for entire families. The renaissance saw the increase in regulations for the baking tradesmen. Laws regulated pricing, weight of finished goods, production, and adulteration of ingredients of bakeries.

You could say that bread was the first government regulated processed food.

Eventually the industrial revolution hit and many aspects of baking became mechanized. New bakery equipment helped bakers keep up with the growing demands for baked goods. Bakers now utilized technology and science to produce constantly delicious nutritious bread.  The art of baking is still dominant in the profession with many bakers still tracing family ties back many generations.

Several organizations exist today to support bakers and the baking industry. When the first baker mastered the first fluffy loaf of bread, they taught the next and so on and so on. That tradition continues today. Bakers learn from each other. You can’t teach passion, but once the flour gets into your blood you are sure to become part of the family. 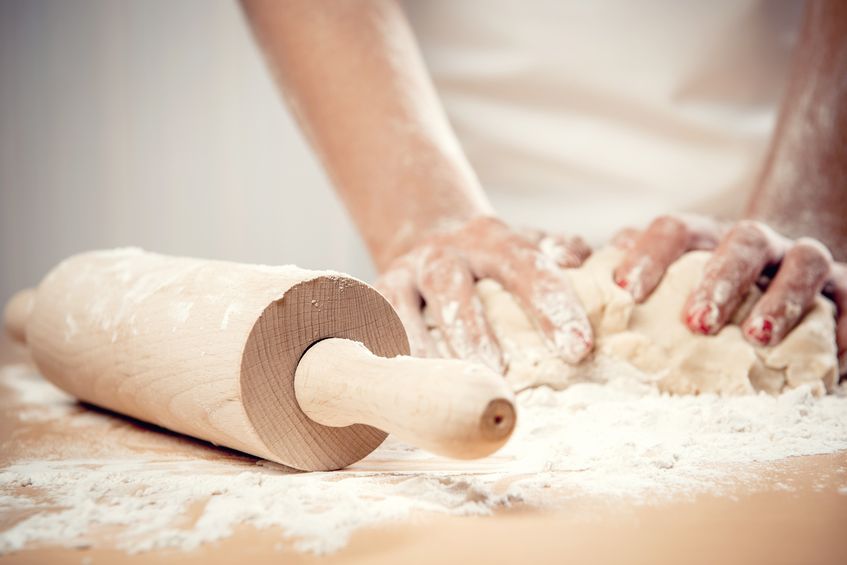